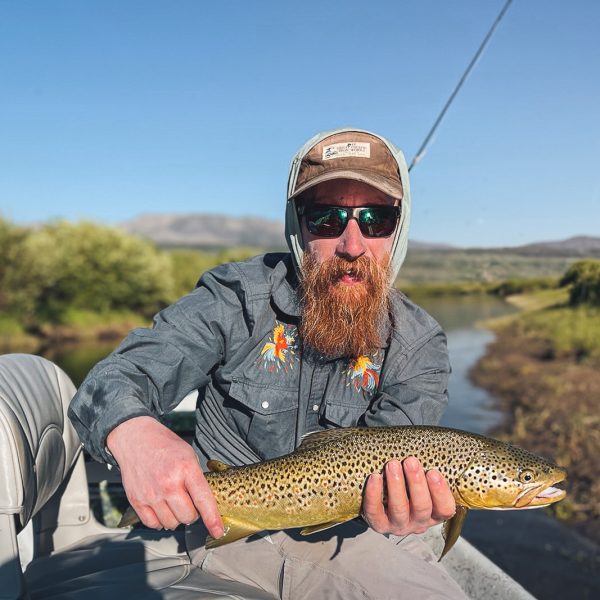 It’s getting nearer and nearer to August, and we still have solid bug activity and happy fish. The Green and New Fork finally dropped, and in recent history, it’s been a struggle already to find cold water. That hasn’t been the case this year. We still see Drakes and Golden Stone Flies sporadically throughout the day, and the ticket is still big foam and cripples.

Green River: 682 CFS @ Warren Bridge
Some of the southern reaches of the Green have been seeing high temps lately, so always pack a thermometer. We are still seeing healthy temperatures on the stretches near Daniel and Warren bridge, and the fish are feeding on Drakes and Golden Stones.
Flies to try: Tan Dancin’ Ricky, Hippy Stomper, Film Critic

New Fork: 718 CFS @ Big Piney
The New Fork is also still fishing well, and most of it still sees good temperatures throughout the day. Drakes, Golden Stones, and even some Calibaetis have been hatching in the mornings and evenings.
Flies to try: Chubby Chernobyl, Film Critic, Low-Rider Stone

Seedskadee: 1150 CFS @ Fontenelle Dam
With windy days recently, the casting has been tough, but the fish are active. Big mayfly activity is still strong, and even if wind keeps bugs off the water, the fish are still looking up. Big, ugly foam attractors have been pulling big fish off the bottom.
Flies to try: Water Walker, Circus Peanut, Adams Superfly