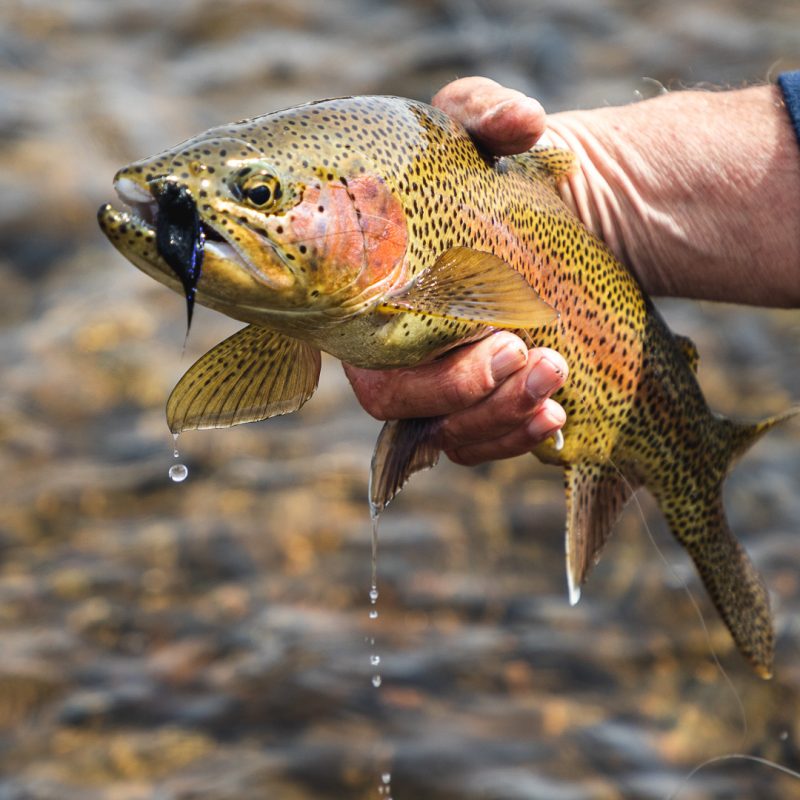 It must be September!

The mornings are crisp, the aspens show a few yellow leaves, and folks around town are wearing more camo than usual. It must be September. With schools starting back up and a lot of folks heading home from their summer vacations, the water is suddenly becoming very quiet, which is fantastic if you’re looking to have a stretch to yourself. The fish are pretty happy about it, and while their focus is becoming a little more sub-surface, the dry fly activity in the afternoon has been carrying on. For some of us, the sound of geese honking in the morning is a teaser of what’s just around the corner. September 25th is the magic day, and that brings the promise of early mornings, whistling wings, and aggressive brown trout. The boys in the shop have been busy tying streamers, tuning up their calls, and touching up the grass on the blinds. Long days of morning shoots and afternoon floats are just around the corner. We’ve got a few spots left for the season. Give us a shout to book a Cast and Blast trip before they fill up!

Green River: 274 CFS @ Warren Bridge. Tricos, Chubbies, some caddis, and BWO’s are bringing fish up to the surface. Nymphs and streamers are getting more attention underneath. Try out some Radiation Baetis nymphs, 20 Inchers, and FKAP’s.

New Fork River:  260 CFS @ Big Piney. We’re still seeing fish taking tricos, midges, and some Chubby-type patterns, but the action is definitely starting to move sub-surface. FKAP’s, Perdigons, and Duracells are finding fish in the riffles and deeper spots, and pulling a streamer through the deep holes can yield heavy takes.

Seedskadee:  559 CFS @ Fontenelle Dam. Low flows and warm water have really kicked up the weed growth, making for tough fishing conditions. There are some fish to be found down to Slate Creek, and then things get a little sparse. We’ll likely see the weeds drop off later in September as things cool off more but for now, plan on picking junk off your line if you’re heading out there.

Lakes: Alpine lakes are producing well, with scuds, leeches and chironomids leading the charge sub-surface. If they’re rising, try a small ant or beetle pattern, callibaetis emerger, or caddis. Frontcountry lakes are producing good numbers of Mackinaw in the 2-5 lb. class near the shorelines and some larger macs in 40-60 feet of water. The Kokanee have started their run and are staging near the inlets, so keep an eye out for the big red toothy critters.