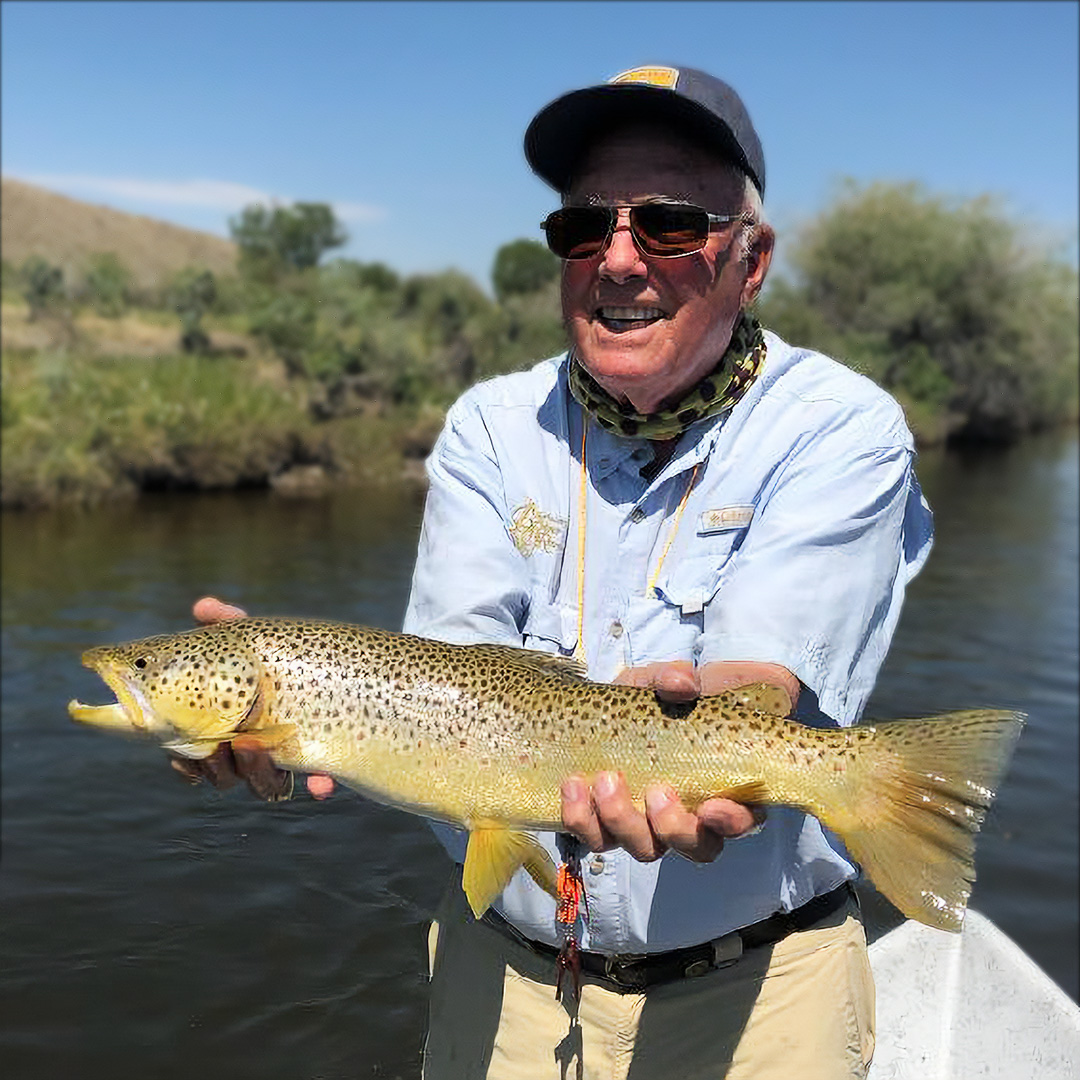 How many hands wide is that tail?

If you hang around fly shops long enough, you’re bound to encounter some of the truly obsessed. You can usually tell them by their fried-to-a-crisp faces, cracked fingers, unkempt hair and general state of dishevelment. They’re never without a beat-up coffee mug or a cold beer in their hand. Their vehicles are likely held together by shop stickers and dried mud and are probably worth less than the rods on the roof. Get close enough, and you might hear them talking in low voices about mysterious goings-on:

“So-and-so saw a brown’s tail the size of two hands of a grown man.”
“You know why that guy always fishes that stretch this time of year? I heard he’s still looking for that boat that vanished years ago down there—really weird deal.”
“There could be Atlantics in the upper Snake; I know a guy who might have caught one.”

Stuff like that. If you can sift through the B.S., you might pick up some info that changes everything you think you know about fishing. So let me propose a challenge that’s arisen from one such hushed conversation. The first person that lands a brown trout over 26 inches on a duck fly and presents the evidence gets this sweet custom hand-painted brown trout 5-panel hat from Mountain Attire and a top-secret Two Rivers hat we’ve got in the works. Yes, you read that right, a duck—as in, a quacks and swims and flies around duck. I’ll even throw in the Duck Norris in the picture. Be honest, or you’ll face scorn and be forever shamed by the obsessed. Pictures should include a tape measure, a duck fly, and the fish in the water. Drop in the shop or email info@tworiversfishing.com with photo evidence, contact info and the story. Pull this one off, and you’ll be the topic of hushed conversation in the dark recesses of the back of the shop, to be revered and or reviled by the obsessed. 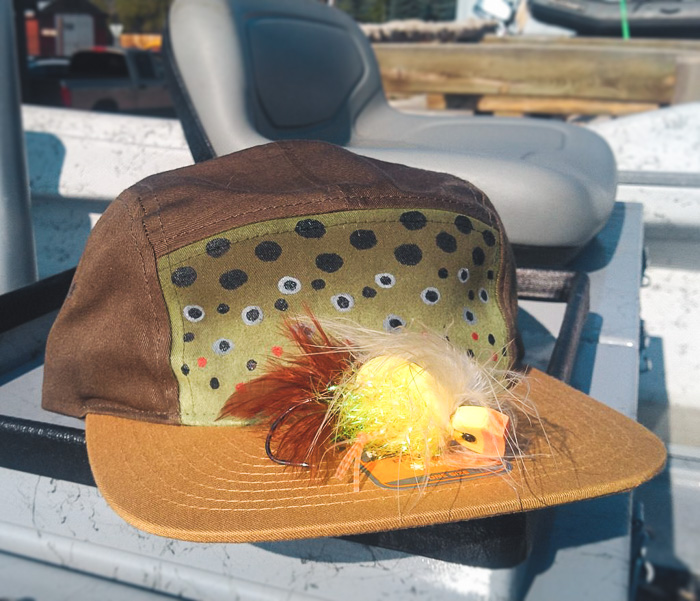 The heat has finally lifted around here, and this week we’ve been enjoying the reprieve. With daytime highs in the 70’s all week, the fish have been enjoying it too. Throw in a bit of rain in the past few days, and now we’re talking. The weather forecast looks like it’ll be prime going into next week with highs in the high 70’s to low 80’s and that’s just how we like it. Dry fly activity has continued on flying ants, hoppers, attractor patterns, and even some tricos here and there. Dropper rigs are getting action on nymphs in the 14-18 size range. The fish are getting a little spooky with low water, so get your cast dialed and make it count. We’re still keeping a close watch on water temps in the afternoons to be safe. Keep your thermometer handy and check often. Once again, definitely give it a rest when the water gets to 70 degrees. And if you happen to be in just the right place at just the right time, you might want to tie on a quacker.

And now… The Fishy Stuff:

Green River: 421 CFS @ Warren Bridge. Rain in the past two days colored up the water in places, but it should clear in the next day or so. Tricos, flying ants, chubbies, hoppers.

Seedskadee: 733 CFS @ Fontenelle Dam.  Still hot below Slate Creek.  Fishing below the dam has stayed productive on nymphs in the 16-18 size range.  For dries go with tricos, small mayflies, caddis, and yellow sallies.

Lakes: Chironomids, scuds, leeches, baitfish. Soda is as usual—pretty tough—but we’re seeing sedge caddis hatches in the evenings. A size ten goddard caddis works well for that. The hardware game on the big lakes is still very much in effect, get deep and watch the sonar for the big boys. Alpine lakes are rocking and rolling in the high country as fish are trying to pack on the pounds before it gets cold up there again.