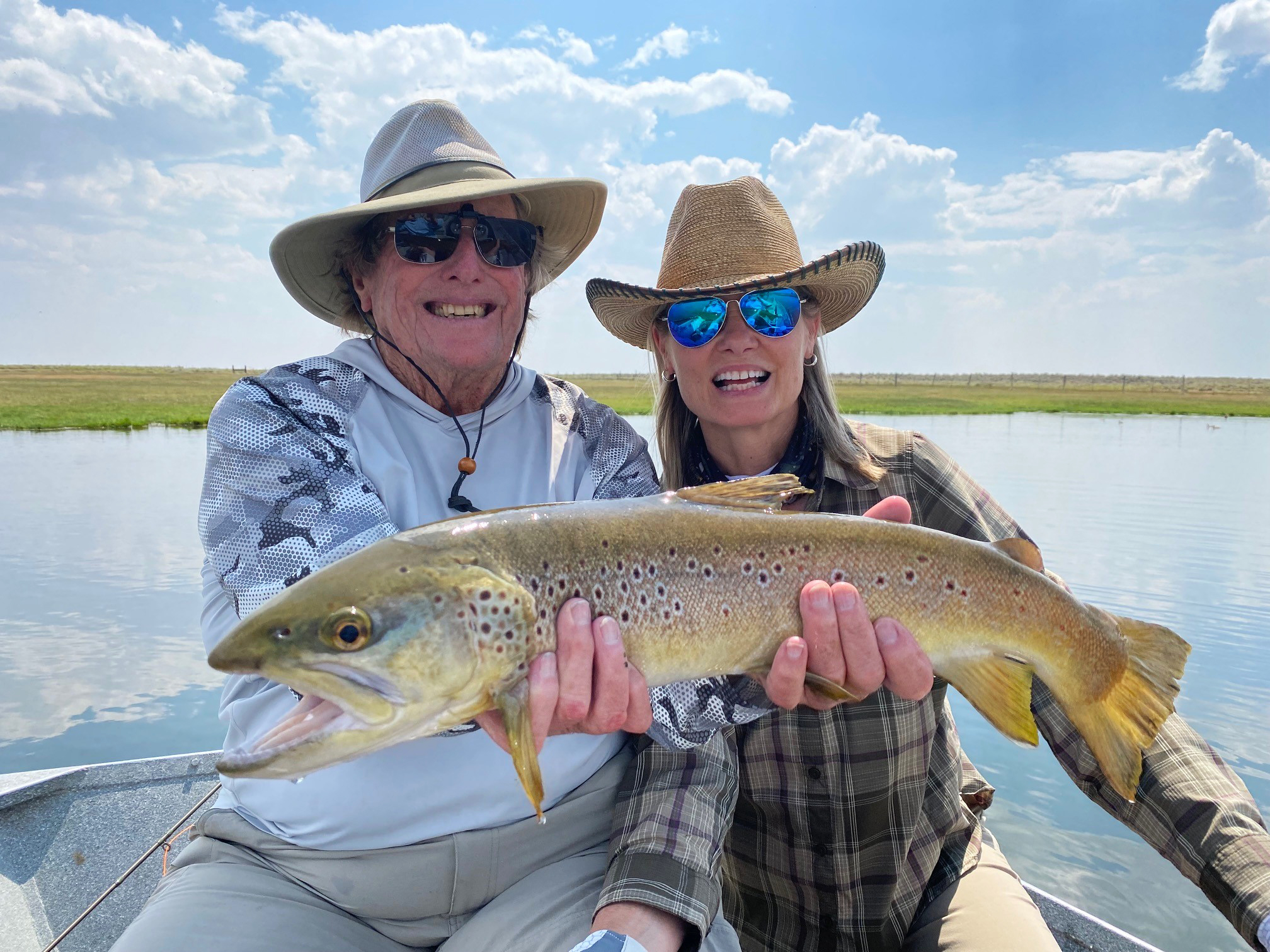 Everything’s better with a big ‘ol slab of butter.

Well folks, it ain’t over yet. There are a lot of tough things about living in the middle of nowhere at 7000+ feet—things like waking up to a six-foot snowdrift in front of your door or trying to find produce that doesn’t go bad in a couple of days. Some folks don’t like waking up to 45-degree mornings in July. Around here, it’s a part of life, and this summer it’s been our saving grace. While the rest of the west is broiling and shutting down rivers, we’re still enjoying the upsides of being way out here. Our cool nights have been knocking river temps back down at night, and the fishing has been good through the mornings and early afternoons. Early starts have been the name of the game to take advantage of the colder water. Keep an eye on those water temps as the day goes on, and keep your thermometer handy as you get to mid-day. When temps start approaching 70, pack it in or go hit the lakes. Fish will keep eating at 70+ degrees, so don’t rely on them to tell you when to stop. If you’re up for a hike, head into the backcountry for some high-altitude action. The lakes have been fishing really well in the Winds. The mosquitos up there are hungry, so be prepared. They’ll be on the hunt until the first couple of freezing nights up there knock them down in a few weeks, but the fishing is definitely worth it.

Green River:  416 CFS @ Warren Bridge. Chubbies, sallies, caddis, a mix of mayflies in the 14-18 size range, flying ants, and some hoppers are starting to hop around.

Seedskadee:  699 CFS @ Fontenelle Dam. Fishing between the dam and Slate Creek has been excellent. Below that and through Seedskadee, the water is getting hot; unless you’re hunting for carp, best to leave it alone for now.

Lakes: In the high alpine lakes, scuds, leeches, and my personal lazy fishing favorite, chironomids under an indicator. Front country lakes are fishing great, with lots of fish in the sub-five-pound class cruising relatively shallow. The really big guys are deeper down and best targeted with a fish finder and jigging gear at depths up to 100 feet.