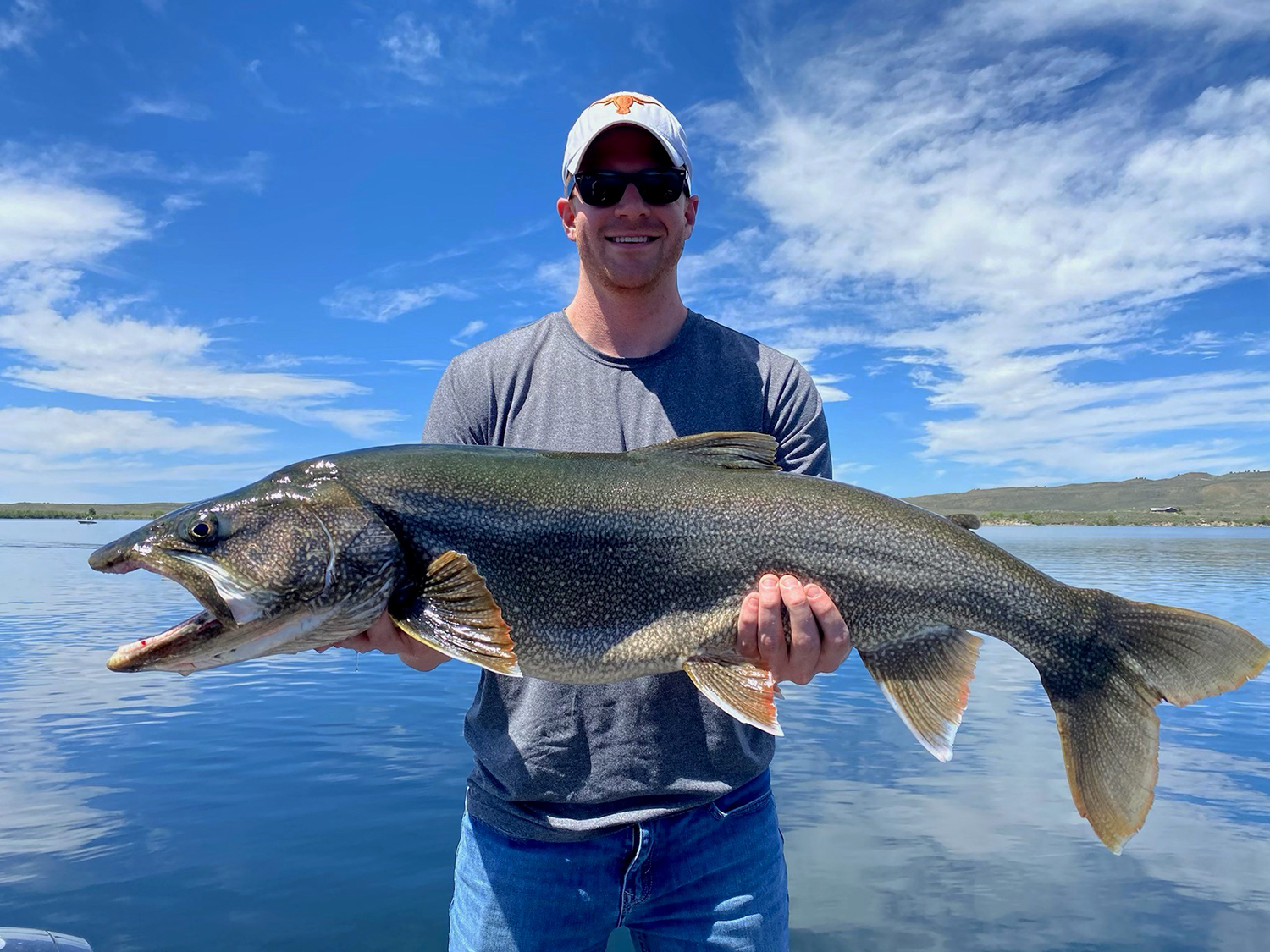 It’s game time in Pinedale!  A couple of cool days this week have put the brakes on the runoff and river levels have come down a bit.  The Green and New Fork are lighting up with fish activity as the water’s come down and cleared up.  Worms are the hot ticket as those river pigs are gobbling up all they can find.  Drop on by to load up on Squirmies, Depth Charges, and Fish Finders before heading out.  The lake fishing has also been hot and we’ve seen a number of big Macs come up for our lake maestros this week.  Want to find a really big trout?  Now’s the time!

New Fork River: 1880 CFS @ Big Piney.  You guessed it, worms!  Dries are starting to show up as well with PMD’s, Callibaetis, and if you’re lucky a Gray Drake or two.  Streamers smacked right up against the bank have been delivering explosive hits as well, so don’t forget the meat.

Seedskadee: 783 CFS @ Fontenelle Dam.  Low flows mean stacked fish.  When you find one, you’ll probably find more.  Scuds, PMD’s, BWO’s, Caddis emergers, and streamers have been delivering fish to the net.  As you get lower down into Seedskadee keep an eye on water temps this week as we’ll likely see the thermometer climbing back up.  Much over 65 in the water and fish start getting very stressed, so hit it early and give ’em a break in the afternoon.

Lakes: It’s time to go find a beast!  Our lake guides have been crushing the big lakers and rainbows on New Fork and Boulder Lakes.  Looking for something a little different?  Meadow lake has been downright stupid with the Grayling going bonkers on small dries and nymphs.  You probably won’t catch a monster but you just might catch your weight in mini sailfish if you spend the day out there.