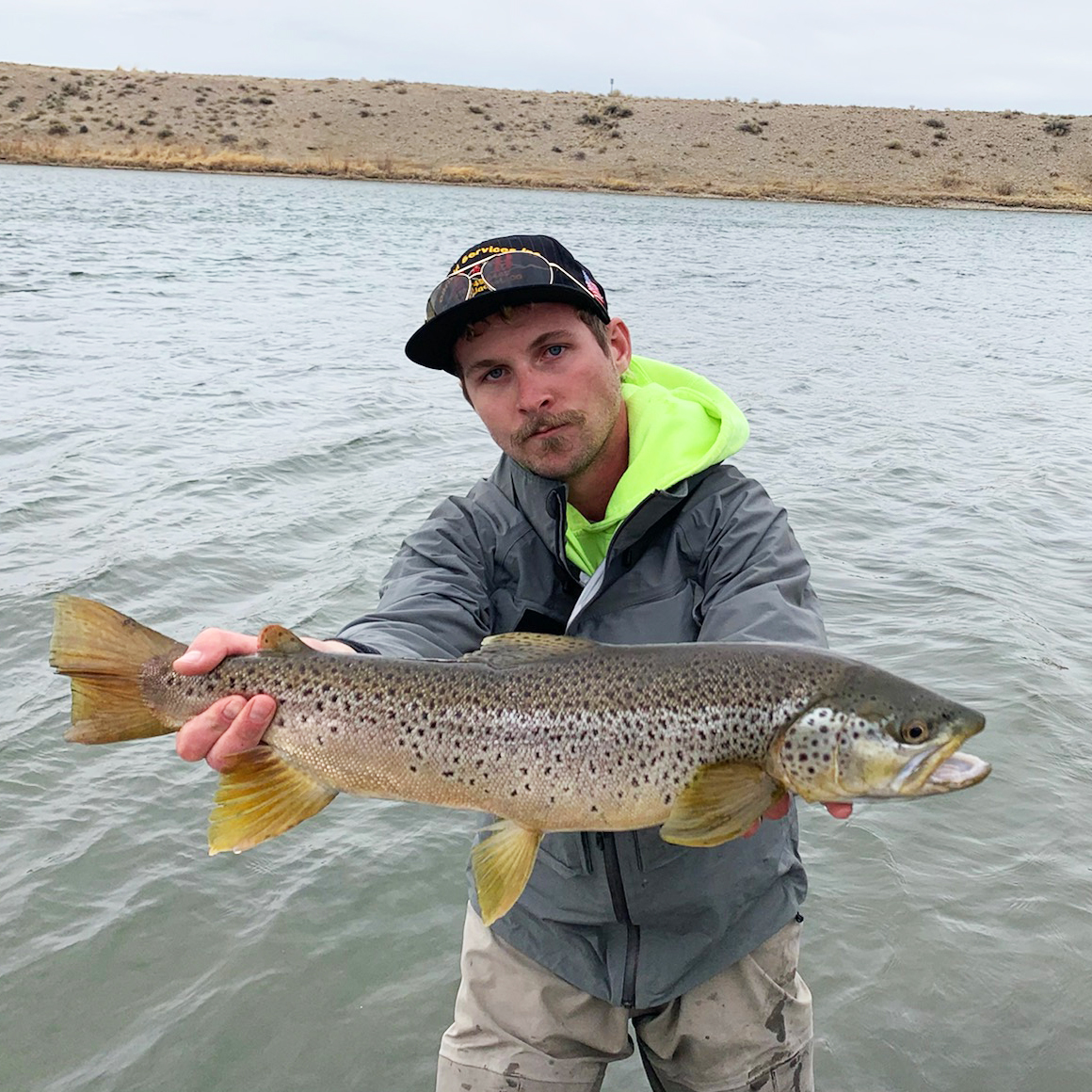 Here we go!  Warm temps this past week have bumped water levels up and gotten things moving.  The worm bite is on as they little squirmies are getting flushed out of the banks and the fish are chomping.  The Green and New Fork are a little colored up but visibility in the water is still good enough that the fish are chowing down.  We’re also starting to see some movement with the bigger golden stone nymphs as well as an assortment of midges and blue wings.  Dry fly action has started to pop up in places, but the majority of action is still under the surface.  So for now, it’s nymphs and streamers, with the flashier patterns being the ticket.

Green River:  995 CFS @ Warren Bridge.  Worms, worms, worms.  They’re getting flushed out of the banks and the fish are packing on the pounds.  Not into the worm game?  Try some big stonefly nymphs or flashy attractor patterns.

Seedskadee:  878 CFS @ Fontenelle Dam.  Flows are stable and fish are happy and eating!  Scuds, unweighted pheasant tails, and midges are the ticket, with the occasional BWO hatch here and there.  The streamer bite has been good as well, with flashy white patterns delivering some big eats.

Lakes: The big frontcountry lakes are opened up and fishing!  Now’s the time to get out on the lake boats if you’re looking for a lunker.  Kokanee and rainbows are also hot right now on trolling gear.  Soda is starting to pick up with the water temps creeping up a bit, and we’re seeing good sized browns and brookies taking leeches and small baitfish patterns.