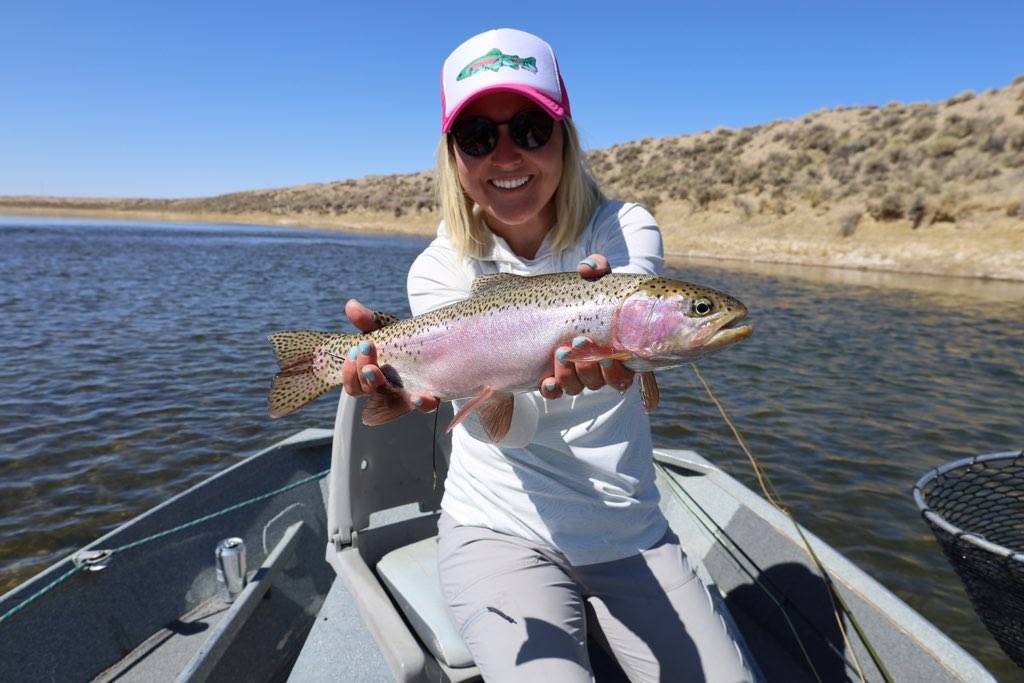 It’s that time of year when the snow starts melting, birds start chirping, and the icy grip of winter lets go.  In short, time to fish!  Two Rivers Fishing Co. is officially open for the season and ready to help get you out on the water with the largest selection of flies in Western Wyoming as well as all the rods, reels, lines, leader, tippet, packs and just about anything else you can think of to get ready for the season.  Drop on by and check out all the latest and greatest from industry leaders like Simms, Sage, Rio, Airflo, Scientific Anglers, Scott, Winston, Fishpond, Orvis, and more!  The rivers are opening fast and the fish are hungry!

Early season is a great time to get out on the water and take advantage of eager fish and minimal fishing pressure.  Two Rivers guides are officially ready to roll with the opening of Seedskadee National Wildlife Refuge on the Green River.  This incredible fishery holds great numbers of trout this time of year and some of the largest fish we see all season.  If you’re looking for an awesome trip that holds the possibility of a trout of a lifetime, now’s the time!  These trips are offered on a limited basis, so give us a ring in the shop and get a trip booked with the pros today! 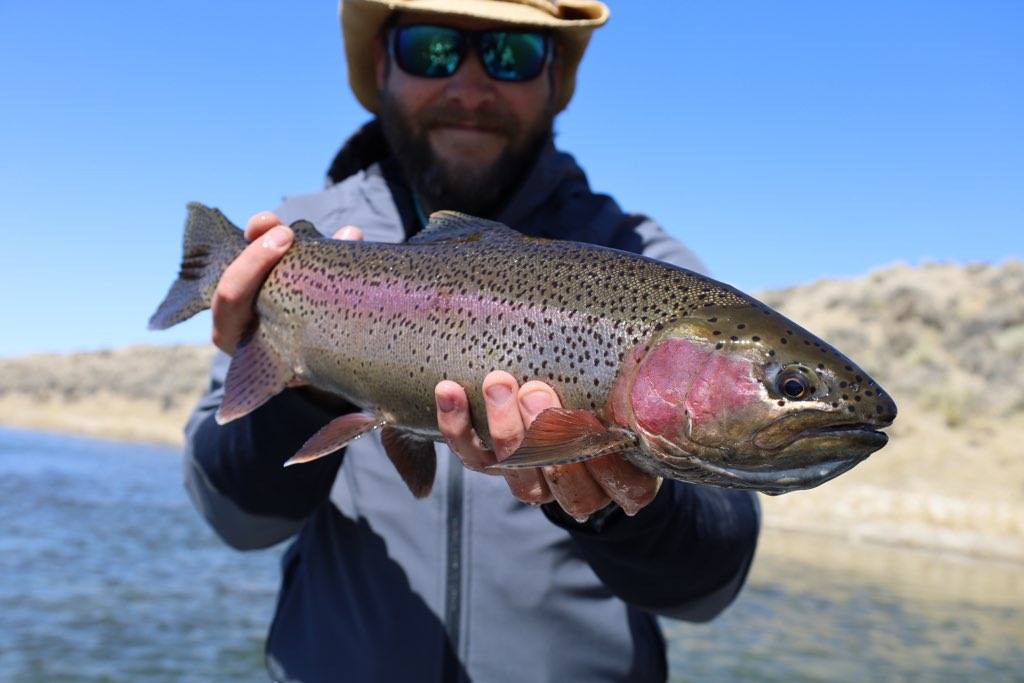 With the waters around Pinedale opening up more every day, folks are finding stretches of open water to wade fish and having success on streamers and nymphs.  Midge patterns in the 18-20 range and attractor patterns like Lightning Bugs and Hot Head Pheasant Tails in 14-16  have been the ticket this past week.  Olive, black, and white streamers have been getting savage hits in the deeper pockets.  When on foot, keep an eye out for ice sheets floating downstream as they break off the banks.  You don’t want to be caught off guard by a thousand pound sheet running into your legs Titanic style.  It won’t be long before we’re out floating on the Green and New Fork Rivers. Early season trips often yield large fish as they’re eager to feed after ice-off and haven’t been pressured all winter.  While the weather can present a challenge at times, anglers willing to brave the elements can be greatly rewarded.  Stay tuned to the fishing report for the latest, we’ll be keeping close tabs on the water over the next few weeks and we’ll let you know as soon as we can start floating.