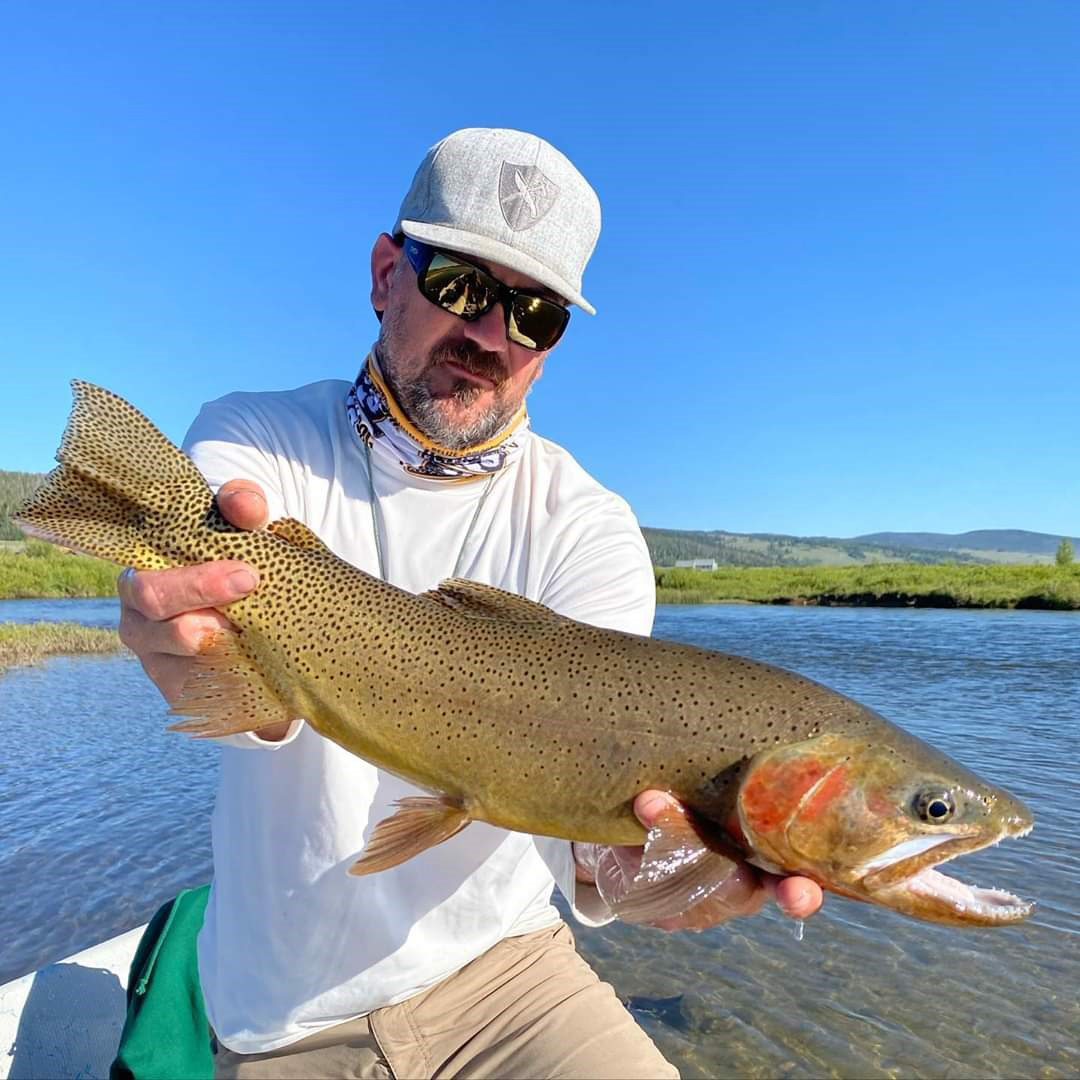 I know, I know, it’s not a Brown…dare ya to stick your finger in that mouth!

So long July, let’s go August!  It’s time to get technical as the small bugs start to take over the trout’s attention.  Oh and by small we’re talking 14’s and 16’s, not that 20+ stuff on 6x that nobody really likes fishing anyway.  You might have to go to 5x sometimes.  Then again, we’re starting to see hoppers and other terrestrials bouncing around, so getting small may not be completely necessary.  Which is just how we like it.  And how this brown liked it. 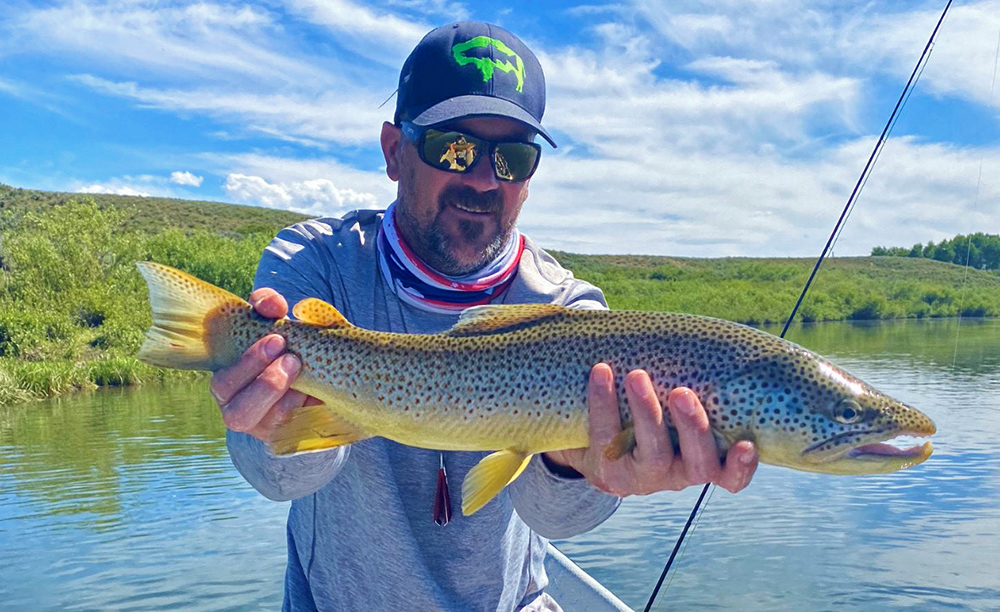 New Fork River:  481 CFS @ Big Piney.  PMD’s, small (14-16) foamies, nymph droppers, hoppers, flying ants.  Water temps are nudging toward 70 in the afternoon, particularly on the lower stretches, so get it early and watch how you’re playing fish.  Land em fast, and keep em in the water.

Green River:  564 CFS @ Big Piney.  Same stuff.  Mostly.  There are still some sporadic Grey Drakes here and there on the Green as well.  Water temps are a little better than on the New Fork, but keep an eye out in the afternoons as we keep up this sunny hot weather.  Beware of swarms of Flying Ants, and by beware, I mean have some in your box as the fish get a little nutty for them.  We’re also hearing rumors of Tricos starting to pop up in places, so be on the lookout for them as well.

Seedskadee:  1530 CFS @ Fontenelle Dam.  Hoppers, caddis, BWO’s PMD’s, Chubbies.  While those deep dark holes definitely hold lunkers, don’t be afraid to look at the shallow riffly water as well as fish will move into the shallows to feed.

Lakes:  It’s high time to get into the high country for a whole variety of fish.  Folks are still finding Goldens in some of the lakes, but as they transition into deeper water the focus has been more on big backcountry Cuts, Brookies, and Rainbows.  The end of mosquito season is just around the corner, which makes being up there actually very nice.