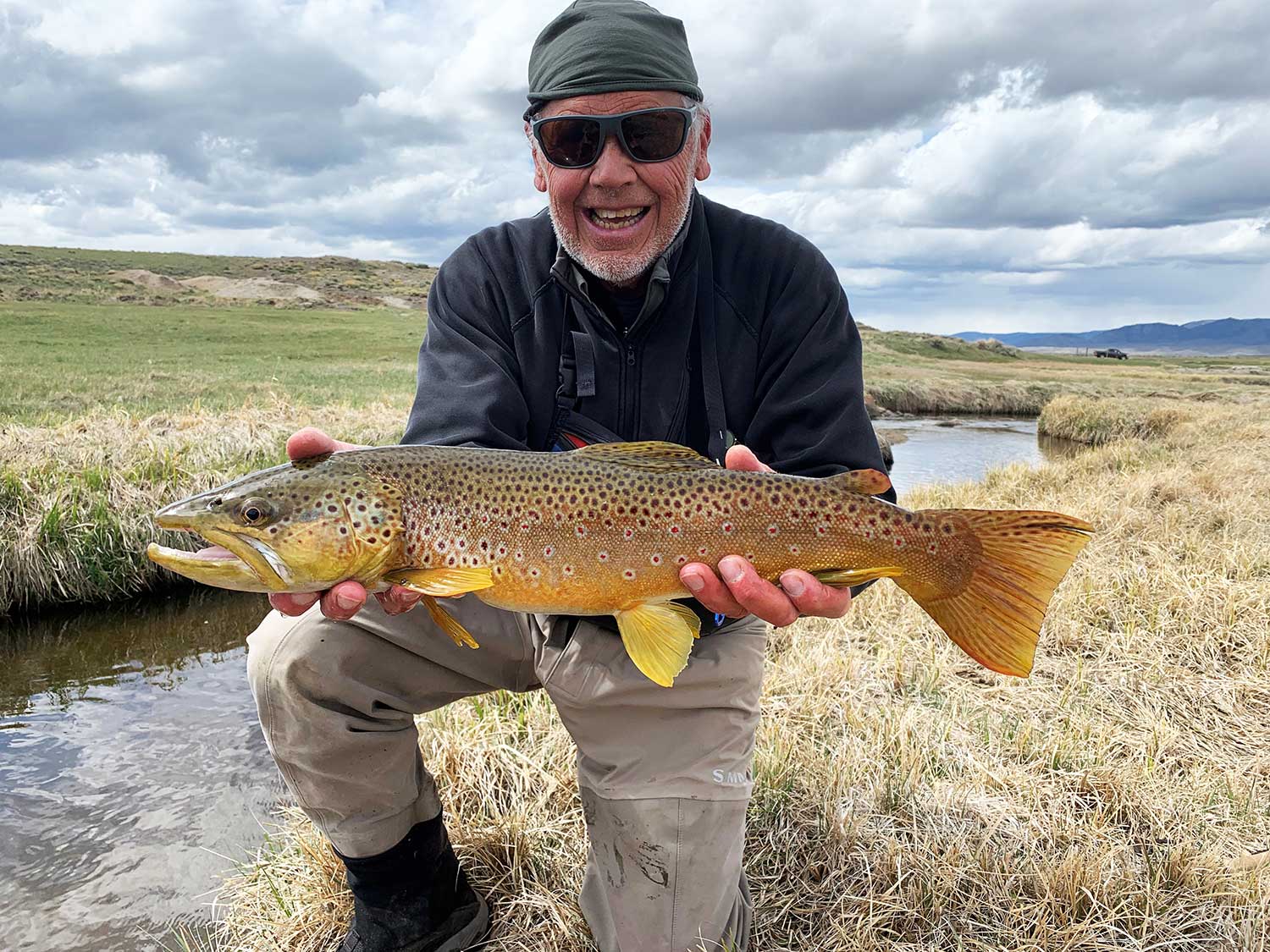 Anyone tired of big browns yet?  Good, neither are we and the season’s really just getting going.  Here’s a nice little stick of butter from one of our Exclusive Waters this week.  As the snow melts off the mountains, we’re seeing river levels creeping up.  Most of the mountain creeks are flowing fast and hard right now, but getting above the sagebrush and into the hills will put you in clean water.  Just watch your step, that water is cold!  If you don’t want to deal with high flows and fast water, the lower lakes in the Winds are opening up and fishing great!

New Fork River:  1580 CFS @ Big Piney.  The tributaries below the airport have been cranking this week but have started to slow down in the past two days with some cooler temps up high.  We’re seeing some more tint to the water from town down, which is actually a good thing.  Fish are a little less spooky than normal and are munching on worm patterns and big stonefly nymphs.  They’re starting to move from the deeper holes toward the edges and tucking up under the banks, so streamers up against the banks are yielding good returns.

Green River:  1050 CFS @ Warren Bridge.  From Warren Bridge down, the Green is getting dirty and Horse and Cottonwood Creeks are pushing mud from Daniel down.  The upper stretch on the forest is accessible and has been fluctuating daily with the upper tributaries being affected by varying temps up high.  Clear water can be found above the Roaring Fork.  Fish are taking a variety of attractor nymphs in sizes 12-18, with Formerly Known as Princes and Two Bit Hookers being hot.

Seedskadee:  1650 CFS @ Fontenelle Dam.  Flows remain relatively stable and fishing is good!  Streamers and nymphs are consistent, with some dry action starting to get going.  Scuds, sowbugs, and pheasant tails in the 16-18 range have been racking up the numbers and KG’s Eyelash Minnow has been roping into some stud browns.

Lakes:  It’s bordering on lake season as we flirt with runoff on the rivers.  High country lakes are opening up as the snow line creeps back and ice off on these alpine gems can be phenomenal.  We’ve seen some reeeally big fish come out of the shallows on the big frontcountry lakes in the past week.  Working baitfish patterns along inlets and rockpiles can pay off in a mega way this time of year.