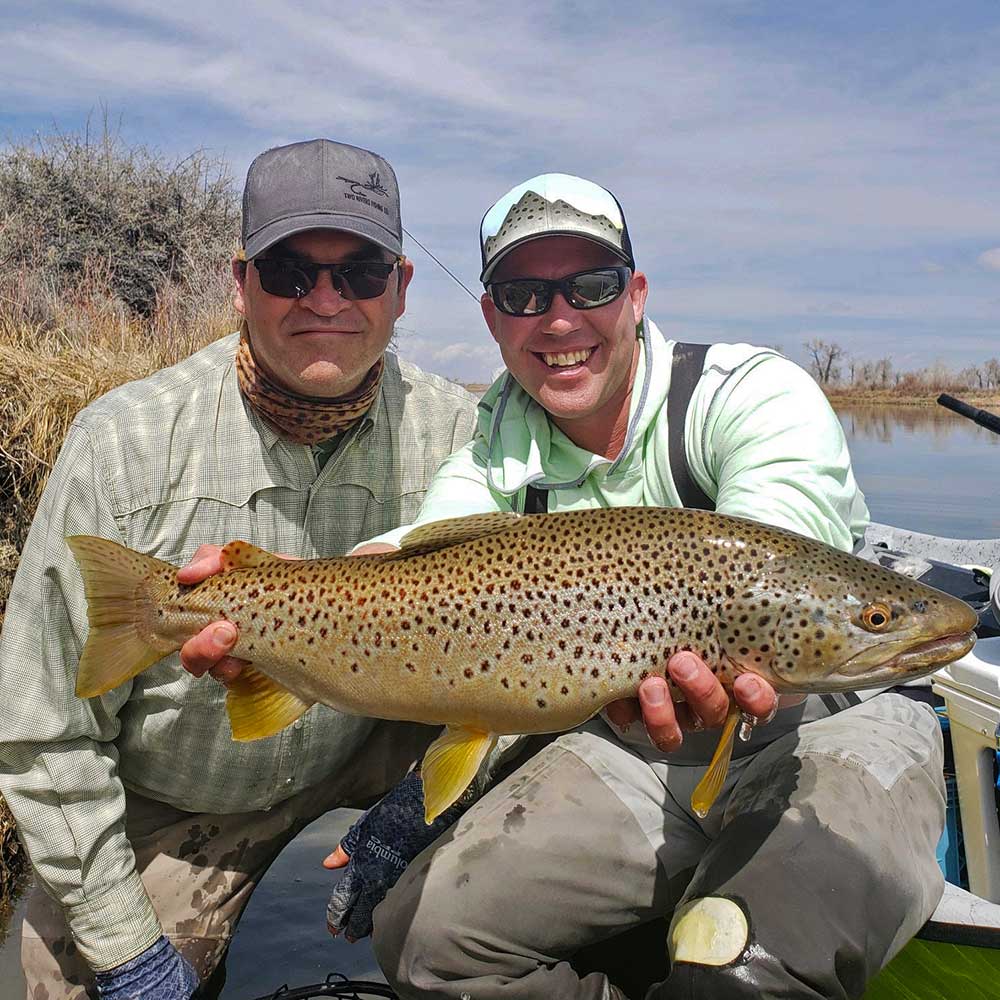 Pow!  Eric’s been playing with streamer patterns again and they seem to be working.  Wanna see how he does it?  Join him on Facebook live this Tuesday and Thursday night at 7 p.m. on the Sublette BOCES page as he twists up some more bugs!  Click HERE to join in.  This week we’re seeing some more pleasant temps, more snow going away, and fish on the move.  With cool nights and warm days, tributary streams are teasing the start of runoff and water color has been changing daily and varying throughout the system.  These variations are triggering the trout to get on the feed bag before runoff really hits, so now’s a great time to get out and go on a monster hunt of your own! 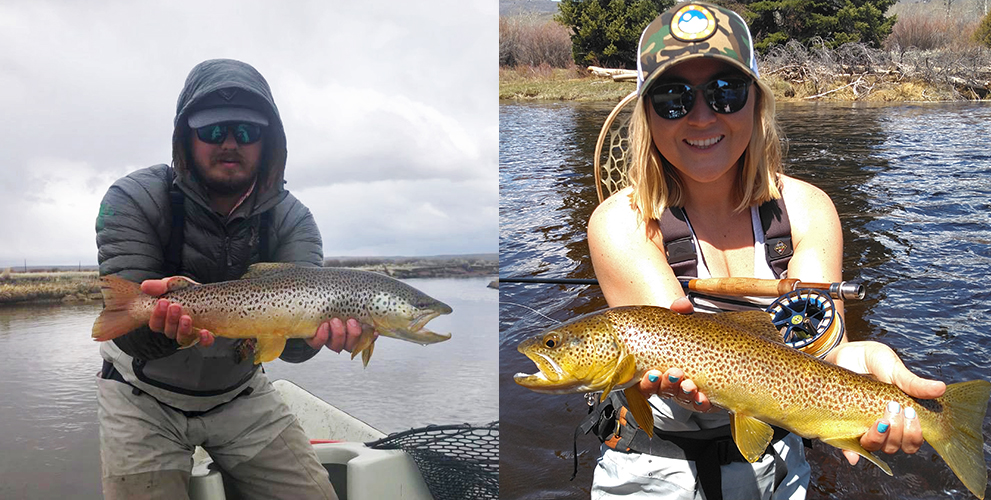 It’s May, pack a puffy jacket and a tank top.  Browns don’t care if you’re freezing or roasting, they just wanna eat.

New Fork River: 693 CFS @ Big Piney.  The stretches from Pinedale to Boulder are fishing well with rainbows getting feisty and browns getting aggressive with water temps creeping up.  Bug activity has increased and we’re seeing caddis, mayflies, and some small stoneflies in addition to big numbers of midges.  Fluctuations in flows have resulted in some stained water coming in from some of the tributaries and it’s like ringing the dinner bell for these fish that are anticipating runoff on the way.  While some fish are rising sporadically, most of the action has been subsurface on streamers and attractor pattern nymphs with Squirmy Worms being the hot meal of the week.

Green River:  631 CFS @ Warren Bridge.  The Green is starting to really heat up above the Horse Creek confluence, where some muddy water is creeping in.  The Warren Bridge area is accessible at this point as the snow has melted off the road and opened up miles of water.  The Green River Lakes road is starting to open, as of this morning some brave souls have made it to the Union Pass Bridge about 3 miles from the forest boundary.  The road is muddy and rutted, use caution and good judgement if you’re going to have a go at it.  Like the New Fork, action has been mostly subsurface with FKAP’s, midge patterns, and Squirmy Worms delivering consistently.

Seedskadee:  1560 CFS @ Fontenelle Dam.  While flows have crept up this past week, the Green below Fontenelle is still fishing well with porky rainbows being very active and big browns lurking in the depths.  Hot flies this week have been Squirmy Worms and small attractor pattern nymphs such as Hothead Pheasant Tails and Copper Johns in sizes 14-18.  Black seems to be the ticket with streamers in the deeper spots worked slow along the bottom.

Lakes:  Most of the frontcountry lakes are iced off at this point and fish are hungry.  Soda has been producing well, delivering chunky football brookies and some torpedo browns on our custom balanced leech and scud patterns.  If you’re on a boat, targeting the inlets of the large frontcountry lakes can be very productive right now with above-average Rainbows and Mackinaws cruising just off the creek mouths.